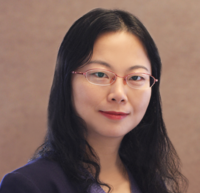 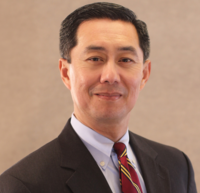 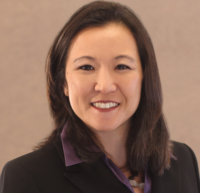 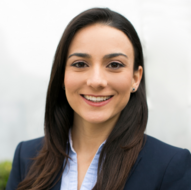 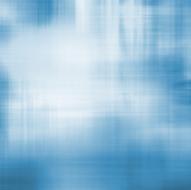 Set up an appointment for a consultation today!

Mathew Ho graduated from Southwestern University School of Law and from UCLA with a Bachelor of Arts degree in history in 2002.  He has been practicing immigration law since 2006 and his prior immigration experience includes family-based and employment-based immigration, removal, and appellate practice.  Since 2011 his immigration practice focuses heavily in the motion picture, television and new media fields. He has represented major studios, large and small independent production companies, and A-list cast and crew members. He has presented CLE seminars for the American Immigration Lawyers Association and the Orange County Bar Association.

Richard R. Fruto is one of the managing partners of the firm. Leveraging his background as a writer and reporter, Richard works on the firm’s complex O-1 and EB-1 immigration cases. His clients include top researchers, university professors, and creative and business talent in the entertainment industry. He has served as counsel for O-1s supported by top production companies for motion picture, streaming media, talent agents, film finance, and management companies. He also has 16 years of civil litigation experience as a law and motion attorney, and before establishing Chun Fruto Law, he was an attorney for 14 years at Gianelli & Morris in Los Angeles, one of a few law firms in California specializing in insurance class action litigation on the plaintiffs' side. At Gianelli & Morris, Richard represented consumers in individual and class action lawsuits against insurers in state and federal courts.  Over the years, he helped consumers obtain multimillion-dollar settlements against disability, life, and health insurance companies, HMOs, and annuity companies, including a $12 million settlement in a class action against Blue Cross of California and a $92 million settlement in a class action against a large mutual life insurer.

Richard attended Loyola Law School, where he was Executive Editor of the Entertainment Law Journal. Before law school, he worked for seven years as a reporter, including two years as a news wire service reporter covering Los Angeles City Hall. He has a bachelor’s degree from UC Davis and a master’s degree in journalism from the University of Illinois.

Eileen Chun-Fruto is a Certified Specialist in Immigration and Nationality Law, certified by the State Bar of California, Board of Legal Specialization. She has practiced immigration law since 1998, representing individuals and corporations in the entertainment, social media, finance, high tech, health and science, and liberal arts.  Prior to establishing Chun Fruto Law, Eileen co-founded Fong & Chun, LLP in Hollywood, California and practiced with several nationally recognized immigration law firms. She has served as Of Counsel to an entertainment-based immigration law firm focused on procuring work visas and green cards for individuals working in the motion picture, television, streaming media, and theater industries.

Eileen's practice is devoted primarily to employment-based immigration law and she remains active in local bar leadership. She has served on the Executive Committee of the Immigration Section for the Los Angeles County Bar Association (LACBA) since 2008.  She is frequently sought as a speaker for local CLE courses, addressing both basic and advanced topics of employment-based visas.  Listed as a Rising Star Super Lawyer by Los Angeles Magazine and as a Top Attorney in Immigration Law by Pasadena Magazine, Eileen has extensive experience in all types of business-based immigration, with a focus on the entertainment industry.  She is a published author in the area of immigration issues facing entrepreneurs and start-ups in the United States. Eileen graduated cum laude from UCI and earned her law degree at UC Davis.

Lauren has been exclusively practicing business immigration law in Los Angeles, California since 2017. Lauren was born to an immigrant family and her experiences have fostered a passion to work on behalf of the immigrant community. She is committed to helping improve the lives of immigrants who strive to contribute to the American workforce in a rapidly changing legal environment. Lauren helps navigate these complex laws to access their full benefits, while simultaneously being a zealous and accessible attorney.

Lauren’s professional associations and memberships include serving on the Executive Committee of the Los Angeles County Bar Association's Immigration Section, and the American Immigration Lawyers Association (AILA). While in law school, she served as a law clerk for the Office of the Attorney General of California in Los Angeles. Lauren received her Bachelor’s Degree from the University of California, Irvine in 2016.

Helen He has had a successful legal career for more than 15 years. She is an experienced bilingual English-Mandarin immigration attorney. Ms. He possesses significant experience in a wide variety of immigrant and non-immigrant matters.  Ms. He represents corporate clients or individuals in all types of employment- or investment-based visas such as H-1B, L-1A/B, O-1, E1/E2, J-1, R-1, TN, etc. In the employment-based immigrant petitions, Ms. He has specialized in EB-1 (extraordinary ability individuals or outstanding researchers/professors), EB-2 (PERM labor certification or exceptional ability individuals), EB-3, I-485 adjustment of status in the U.S., etc. Ms. He also represents clients in family-based immigration visa applications and citizenship applications. In addition, Ms. He has assisted a large number of EB-5 investors in obtaining their permanent resident status in the United States. She is the co-author of “Representing Investors and Entrepreneurs from China Amidst a Market Enthralled by EB-5.”